Keep up the pace and get the highest score possible 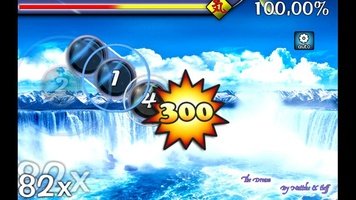 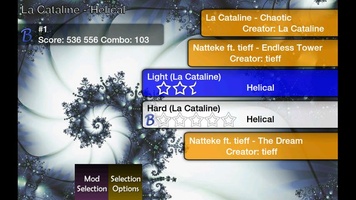 Advertisement
osu!droid is a musical rhythm game for Android inspired by titles like "Osu! Tatakae! Ouendan" and "Elite Beat Agents", just to name a few. The game is also a touchscreen adaptation of the classic free game for Windows and Mac "Osu!", which, despite being released in 2007, still gets updated regularly and has a huge community of active players.

The gameplay in osu!droid is as intuitive and simple as it is fun. On the screen, you'll see various spheres and gestures with different numbers, which you'll have to tap precisely following the correct order to get the highest score possible. And you'll have to do this while following along to the beat of the song playing in the background. The better you do, the more spectacular the images you see on the screen (although this will depend on the song you're playing).

One of the most important things to realize when getting started playing osu!droid is that you won't have even a single song at the beginning. And you won't be able to simply select any piece in MP3 format that you have stored on your device, either since this isn't the format used by osu!droid. You'll have to go to the official website and then go to any of the different song download webpages that you find there. The format of the supported files is OSZ. Again, this is very important: the pieces must be in OSZ format.

osu!droid is one of the best rhythm games you can find for Android. Not only is it a completely free game, but it will also let you enjoy hundreds of different songs, and you can even compete on the international leaderboards against other players from all over the world.
Reviewed by Andrés López Translated by Sarah Odebralski
Advertisement

There are opinions about osu!droid yet. Be the first! Comment

Eternal Evolution
Build an army and defend your kingdom
Heroes Evolved
A great MOBA with a great community
High Heels
See how far your heels can take you in this addictive game
Angry Birds Blast
Pop balloons and free the birds
Potion Punch 2
Become an alchemical genius and sell potions
Guns at Dawn: Shooter Arena
Close combat duels in the West
Top Gun Legends
Fly high and fast to take down enemy planes
Duplo World
Learn numbers, shapes and other concepts alongside the LEGO characters